Common Ways that Cars Can Crash

Common Ways that Cars Can Crash 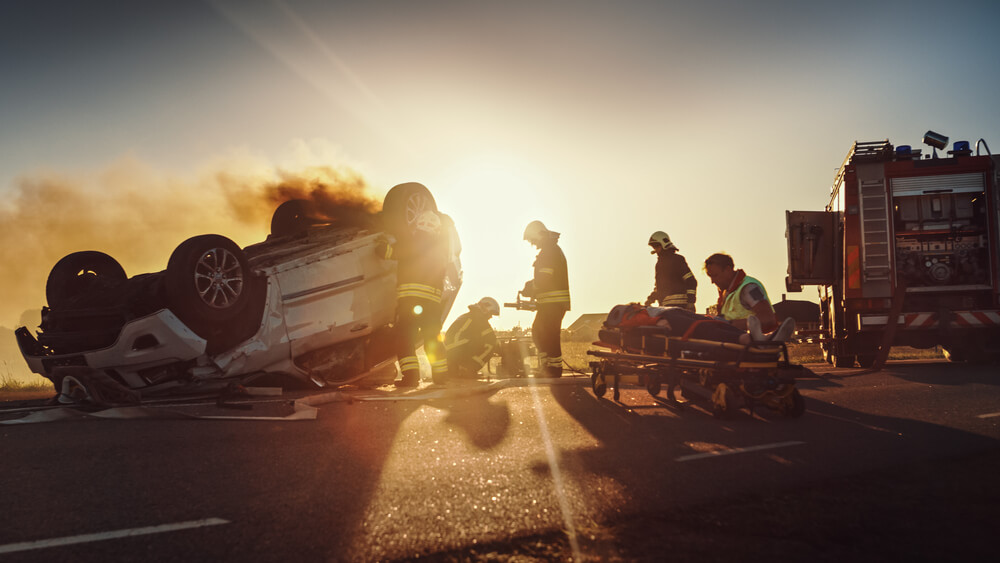 Cars can crash in many different ways, causing serious injuries and death to victims. Learn about the common ways that car accidents occur and how a Kansas car accident attorney can help you with your injury claim.

The Insurance Institute for Highway Safety (IIHS) reports that 33,244 fatal crashes occurred in the United States in 2019, causing 36,096 deaths. Additionally:

But how do these cars crash? Below, we examine some of the top ways in which car accidents happen. If you have been injured in any type of crash, reach out to a Kansas car accident attorney about a possible case.

These crashes occur when the front of a car crashes into the side of another vehicle. Such accidents often happen when drivers don’t stop at traffic lights or give others the right of way. These accidents are also called side-impact crashes, and they result in severe injuries and fatalities each year.

Cars also crash head-on, which means that the front ends of each vehicle directly collide. These accidents are often considered to be the most dangerous because they increase the impact force drivers are exposed to. Such accidents can result from reckless driving or drunk driving, and they regularly have the highest fatality and injury rates.

In these situations, car accidents don’t involve colliding with other vehicles or being hit by them. Such accidents can occur when drivers veer off the road, run into other objects, or skid for various reasons. These crashes might be the driver’s fault, another driver’s fault, or circumstances beyond the driver’s control that include:

Rear-end collisions happen when drivers hit other vehicles from behind, often due to distracted or careless driving. Drivers may also hit other motorists from behind if they are tailgating and the front driver has to suddenly brake. These crashes contribute around 29 percent of all car accidents, and distracted driving causes most of these accidents.

Although these accidents aren’t the worst, they can cause damage, injuries, and even death. Mostly, they occur in residential areas and parking lots. For instance, they can result when drivers reverse to park their cars or leave parking lots or fail to obey stoplights.

Rollover accidents occur when cars overturn on their sides or roofs due to collisions, tight turning at high speeds, or other loss of control. These accidents account for a smaller percentage of car accidents in the United States, but regularly result in severe injuries.

Sideswipe accidents occur when cars driving in the same direction and next to each other come into contact. These accidents generally happen when drivers change lanes before looking carefully. The IIHS estimates that 242,000 sideswipe accidents happen annually.

Have you been involved or injured in a car crash? Don’t hesitate to contact our trusted Kansas car accident attorney for legal assistance. Contact Pyle Law for a free consultation to evaluate your case and legal options.