As interest in bicycle riding rises, so does the number of bicycle/motor vehicle-related collisions.

Those on bicycles have a greater risk of serious injury or death than passengers in motor vehicles.

As interest in bicycle riding rises, so does the number of bicycle/motor vehicle-related collisions. Drivers of automobiles are often less than generous about sharing the road with bicycles. Frequently, collisions are the result of motorists emerging into the path of the cyclist or turning across the path of the cyclist. No barrier exists to protect the cyclist from the force of a vehicle. Because of the smaller sizes of bicycles compared to an automobile, massive damages and catastrophic injuries often result from a collision.

Those on bicycles have a greater risk of serious injury or death than passengers in motor vehicles. According to NHTSA Traffic Safety Facts, in 2017, approximately 783 people were killed from bicycle/motor vehicle collisions. These figures do not include accidents that were never reported to police. It is estimated that less than 10% of injury-causing bicycle accidents are ever reported, regardless of the severity of the injuries.

Negligent and reckless automobile drivers can cause bicycle accidents in numerous ways. Common causes of such collisions include drivers turning directly in front of the cyclist, failing to yield the right of way, driving in a distracted manner, or driving under the influence of drugs or alcohol. Unsurprisingly, collisions are more frequent after dark, at higher rates of speed, on rural roads, and on junctions or roundabouts. Both cyclists and drivers are obligated to follow the rules of the road. While bicycles might be more difficult for a driver to spot, a driver still has a responsibility to safely and lawfully share the road with cyclists.

If you have been involved in a collision, calling the police will allow officers to gather information on the scene and document it in a report. In addition, a police report will obtain any information from the driver or witnesses on the scene. As always, exchange information to protect yourself but do not admit fault. Finally, accept medical treatment. Your injuries may not be immediately obvious. 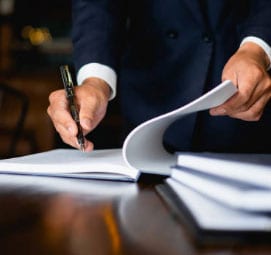 Unfortunately, in collisions caused by a negligent driver of a car or truck, the bicyclist rarely comes out unscathed, even when wearing a helmet and obeying the rules of the road. You may be suffering from serious injuries that are not immediately apparent, some which may not appear until months or even years later. It is crucial that you seek experienced legal representation to make sure your rights are protected, and the negligent party is held accountable.

If you have been injured in a bicycle accident, please contact Pyle Law for a free consultation to ensure your protection. Our legal team is here to assist you in this difficult time. Because we will handle your case on a contingency basis, you will pay nothing unless we successfully resolve your claim.

Many of our services are on a contingency basis — if you don’t get a payout, we don’t get paid!